The next morning, we headed to Ponte Vecchio. Our tents were nestled among the olive trees in the campsite. On the hill overlooking Florence in the daylight is mysteriously enchanting; it was like being brought back by a time machine to centuries ago. 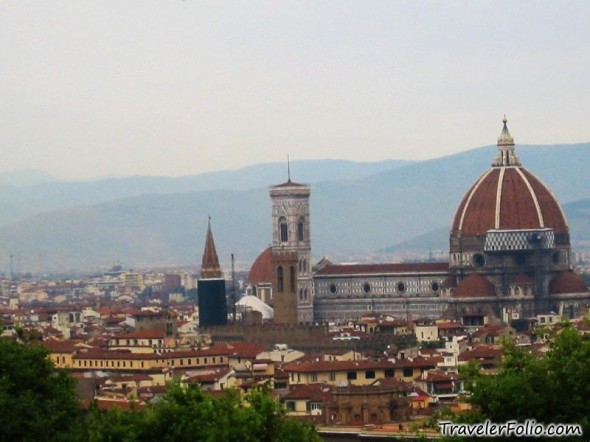 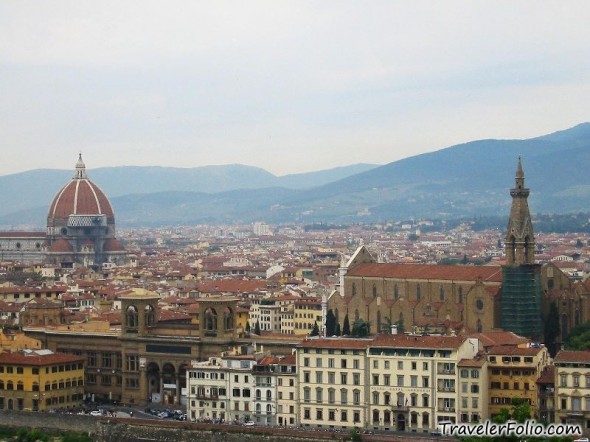 We passed by Piazza Michelangelo, a statue of David on the hill on the south bank of the Arno River. The site was designed in 1869, with a great view of the city to offer. 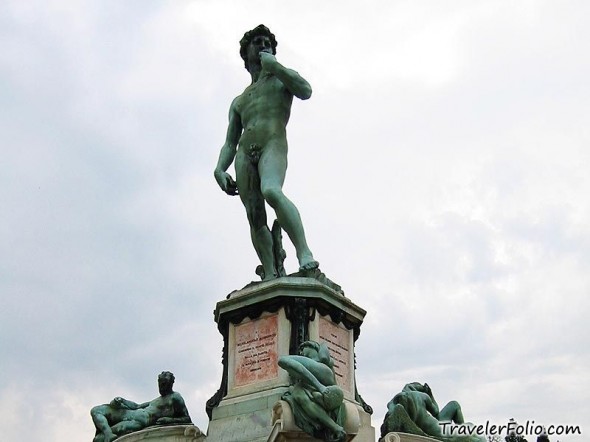 Ponte Vecchio is a Medieval bridge with three segmental arches over the Arno River. There are shops built along the bridge. The striking orange and yellow colours of the bridge certainly certainly also contribute to its unique characteristic. 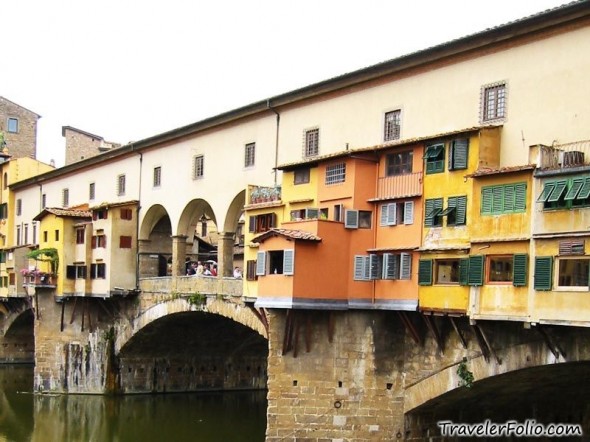 The reflection of Ponte Vecchio and the buildings on the placid water surface added another mesmeric effect that had intrigued us to capture the magical moment. After all, this famous bridge in Europe is so popularly painted by artists for centuries. 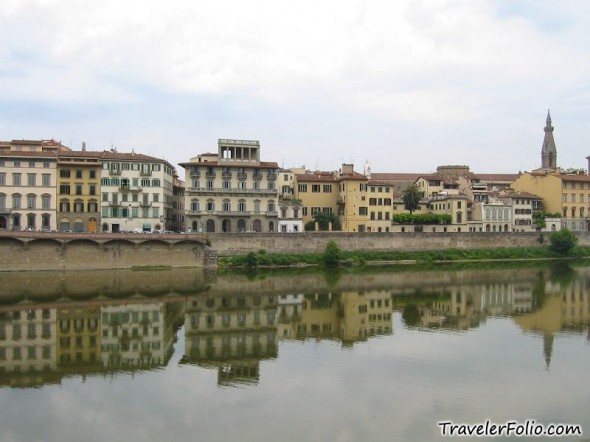 Beware of the string puppet trickster near Ponte Vecchio.

We explored the Piazza on the other side of Ponte Vecchio, soaking up the historic atmosphere of enchanting Florence, a totally different world from the one we had left behind in Singapore. 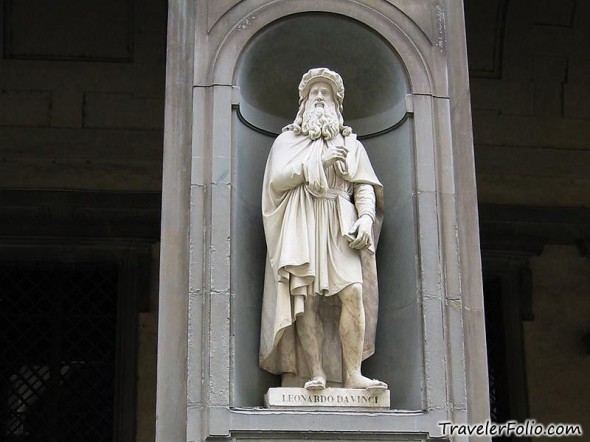 In the Loggia dei Lanzi gallery on the edge of the Piazza della Signoria, beautiful historic statues are openly showcased to the public, making me wonder if I was literally in a museum.

Perseus holding the head of Medusa, one of the most famous statues in the world. The sculpture is original and is the first to place under the Loggia in 1554. Rape of the Sabine women – carved from a single block of marble and is under the Loggia since 1583. 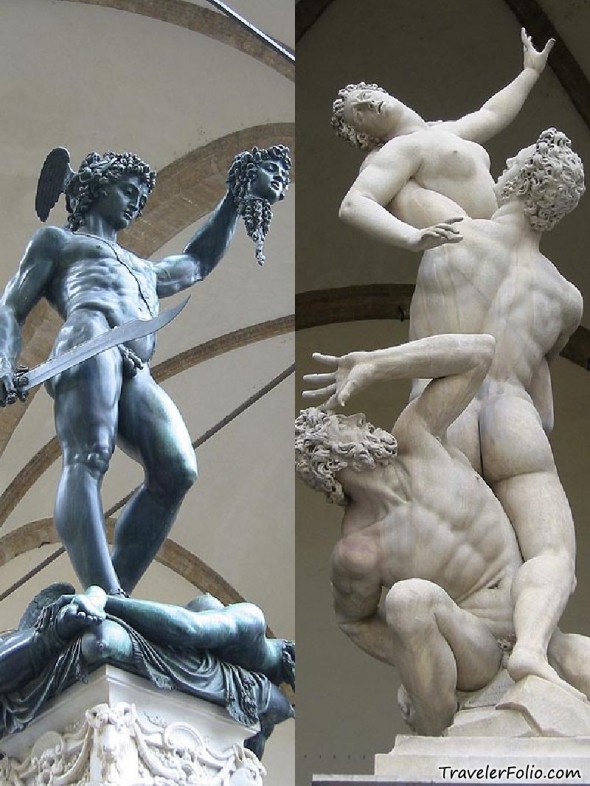 Menelaus supporting the body of Patroclus – a Roman sculpture, copied from a Greek original from 240-230 BC and the discovery in Rome in 1541. There is a replica in Pitti Palace and no one can tell which is the original! The Basilica di Santa Maria del Fiore is the Duomo (a generic Italian term of a cathedral church) of Florence, notable for it’s dome design and its polychrome of marble panels bordered by white. The Duomo is so big that we could not capture the whole of it at near distance. No wonder almost all postcards of Florence have the Duomo as a centrepiece. 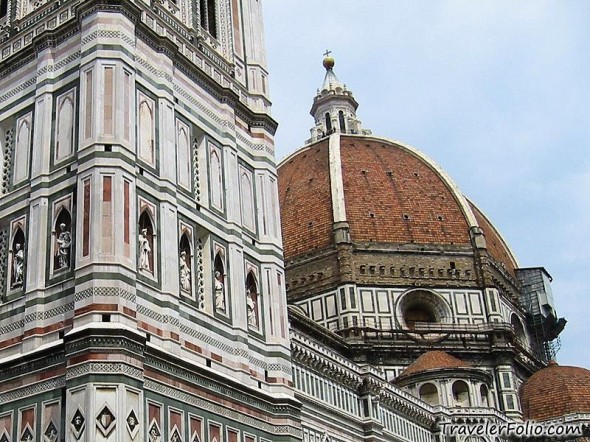 The interior of the huge dome has beautiful frescoes depicting scenes from the Last Judgement. 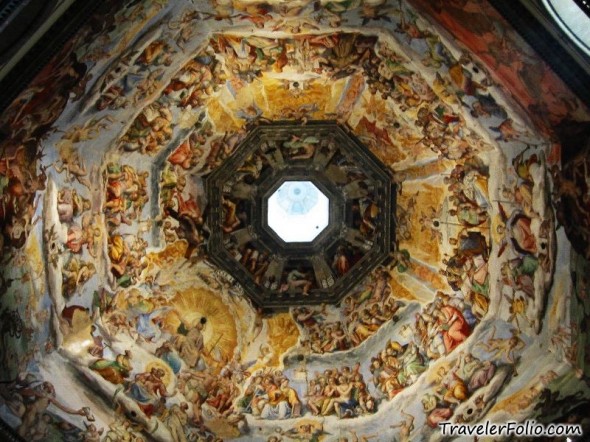 There is always a beautiful piece of art in any corner of this fascinating historic city. Too bad, the Accademia Gallery was closed for restoration work, so we missed Michelangelo’s David and the rest of the masterpieces. 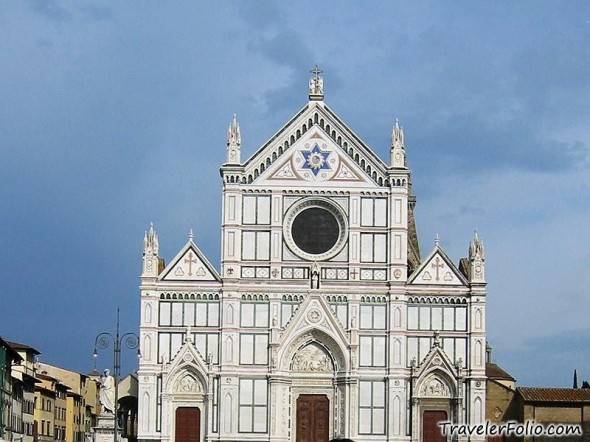 There is so much to see in Florence, and we had tasted the best Italian food in a restaurant crowded with the locals too! Yes, the local restaurant also threw us the challenge of understanding the Italian menu. (And having the tasted the authentic Italian food in this restaurant, I am motivated to cook my own spaghetti at home.)

We only had less than a day in Florence as we left for Pisa in the afternoon.